Wastegate was set to 8mm from factory with new replacement Honeywell Garret Turbo.

Blocked off The Claw, dropped wastegate to 6.5mm – boost peaked at 25.5, finally topped out at 26 psi with current Syked tune.

Rotated the tires with 79,900 miles.  The two pair are not identical, but the fronts were looking bad.  Also, when I had the electrical short, I decided to pull out the Brisk plugs and throw them away.  Horrible purchase, total garbage spark plugs – they “chugged” at lower RPM, usually in traffic or slowly rolling in gear.  I used them both tuned and stock, as well as with the Unichip – basically the same.

Forge BOV mod (barely) – Since I had issues running both the GFB DV+ and the Forge BOV together, I wanted to experiment. I got the turbo boost leak fixed, so I thought I could give it another shot. I took the 6 holes on the Forge Plate and drilled them all out larger. I then drilled another single hole on the other side. I was going to file out the inside, but I realized that the GFB doesn’t even go into the Forge, it only sites up against it.

Sounds like turbo surging, others thought it was sticking, audio/video:

Point is – this worked! If anyone has had the issue previously, then give this a shot:

This was a fun installation!! Burned the crap out of my hand on the downpipe – the front part of my shifter linkage cable broke off. Part # is 68166675AA.

I was trying to race another tuned and bolted Dart – jammed it into third a bit too hard on the third honk, popped the linkage right off! Put it back, but it kept falling off, so I ordered another one. Can’t wait for this scar.

Not really a mod, more of a repair. Had to rewire my entire Unichip harness. Apparently it sat too close to the engine block and caused a short. What a total PITA to find and diagnose. Re-soldered and weather-proofed every connection, even soldered on a new mini ATX connector. I’m 100% back in action, all 5 tunes are loaded back onto the Unichip, and even flashed the firmware to the latest revision.

Note: On Saturday, July 30, 2016 I found the issue with my gas mileage. Sweet lord, what a relief! Driving up to a friend’s I got over 36 MPG, and it was b/c of multiple boost leaks. I had one leak on the intake, so we pulled it and added a sealant and re-tightened. The other side of that same line, near the oil separator had the rubber “L” piece ripping a bit, causing air and some oil to leak out. The biggest leak was between the downpipe and the turbo – whoa! We pulled the bottom loose, and removed the metal bracket that attached the factory DP to the exhaust. This allowed it to move up another few millimeters, making a tighter seal and fixing the leak.

The last leak was between the Forge BOV and the GFB DV+. Keep an eye on this one, as I had it installed properly, but we were still getting a tiny leak under high pressure. We added some high-temp silicone to seal this off, and used shorter bolts without washers, and tightened the crap out of it. Voila!

Also on the list, my two rear tires are total garbage. I got Delinte tires when I bought the wheels, and although they are all weather tires, they were total garbage. The front two blew already last year, which I replaced, and now the back two, each have a bulge in them that you can feel rolling along the highway. I ordered more tire stickers, and new tires.

Pic has nothing to do with this, it’s just an excuse to show off my demon eyes! Lol. (I’m getting the laminate replaced tomorrow)

It’s been too long, guys! I recently had the car apart for a week, and just went nuts. Started with a simple repair (pipe blew off the FMIC) and then once I had the fascia off… it was all over. Updates to come in this crazy thread. I’ve got to uphold my 2016 Ride Of the Month status! Lol. Anyway, I had a throttle body error code a few weeks back. The solution, guys, is to clean out your throttle body! Before I committed to the knuckle-busting task, I tried using Seafoam. I sort of made an injector bottle out of a water bottle, some mulit-pair cable heat shrink, and some zip ties. I could then inject this into the pipe, just before the throttle body. Otherwise, it would spray out when holding the RPM up to avoid choking. I did this a couple of times and it completely went away, and worked like a charm. Looked like a smoke-screen, and I only used about 1/3 of the bottle.

The issue ended up being a wiring issue with the Unichip harness.  Two of the lines shorted, so I soldered two jumper connections, and added waterproof connectors, so the whole thing could easily be removed.

Went to the So Ill Car show in Elgin, IL this past weekend – saw some pretty wicked cars. Didn’t win this time around, as a slammed 1954 Cadillac was in my class, so FML. This is my favorite pic form the show:

Made it to 63k miles, now I need a battery replacement / upgrade.

Normally, a battery is not much of a car mod, but in this case, it was quite the upgrade. I have needed a battery for a while, and I thought I’d make it through the winter, but I didn’t want extra strain on the alternator, so it is time. I pushed it one day too far, as I had ordered a new Optima Red Top battery, but the car shit out on me the day it came in! [doh!] The stock OEM battery is $120.00 @ AllMoparParts + shipping, and is rated @ 600 CCA. Optima does not make a battery specifically for the Dart, so I had to improvise a little bit. I found a universal Optima Red Top that fit, and was rated @ 900 CCA – 300 over stock, and only $100 more, found locally.

The terminals were a little farther forward, so I had to bend the battery connections a little bit. Now all of the extra ground lines are tied to the same post, so I need to do some cleanup. Admittedly, the engine bay was a bit of a disaster, anyway, and I was waiting to swap the battery before I cleaned everything up, re-routed the non-factory wires, and tidied up. I’m going to add posts on the front of the battery and separate the main lines from those, and re-solder some of the ground lines, as one had come off when I was pulling cables around. This battery is a beast – all of the small issues I had (random cylinder mis-fires, random CELs from the Unichip, and strange DRL switchback behavior) are all gone. The unichip uses 100% of the electrical system in the Dart, so it makes sense how much better it runs now. Since I put so many leds & add-ons that this was a needed upgrade.

The strange looking white bar in front of the battery is an LED strip used for resistance to cure the “park light out” error. It will be mounted and moved, eventually. 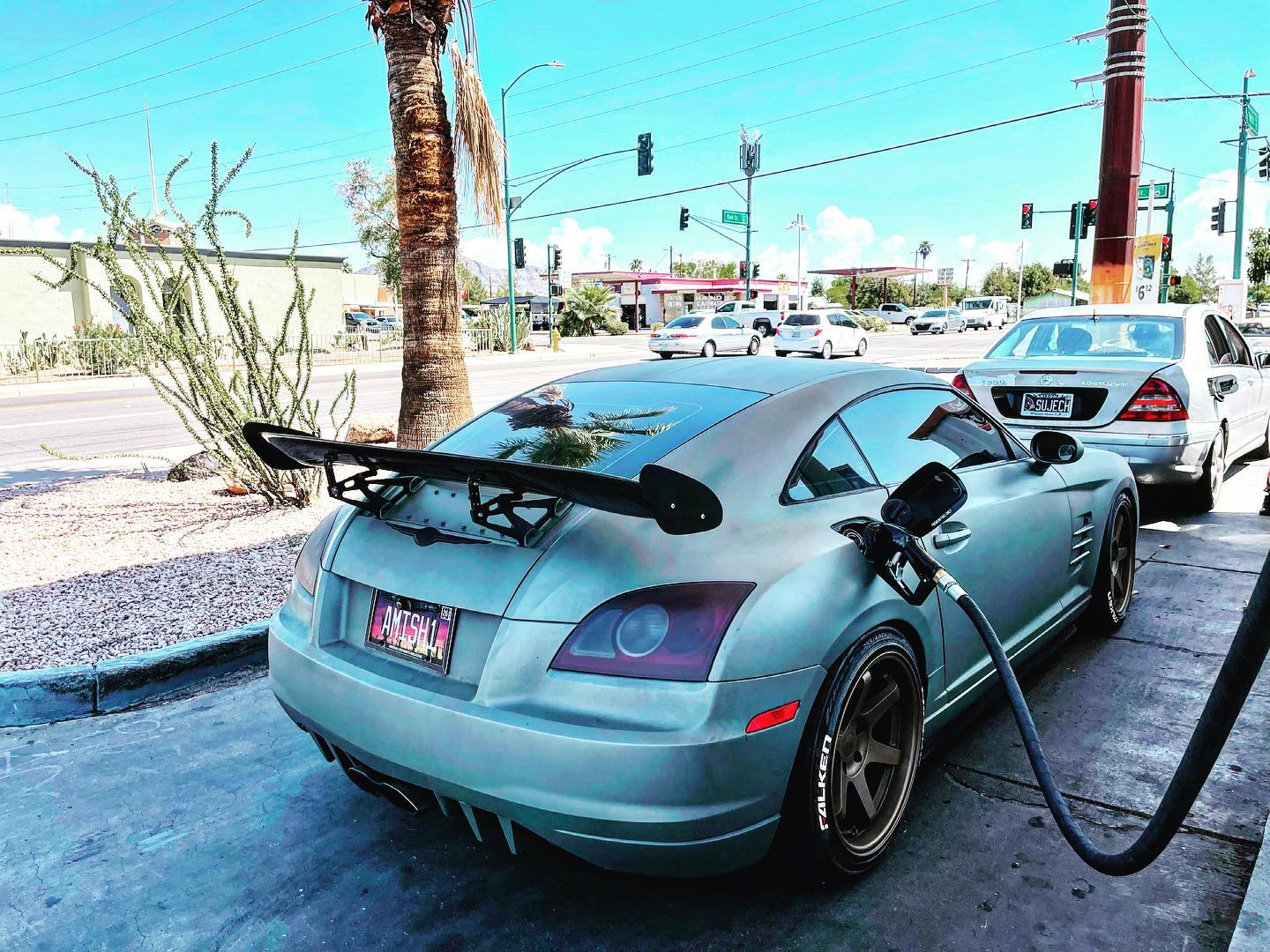 dartlene_13
•
Follow
Fill up in the valley - I’ll be visiting Chicago AND Ohio in a single week coming up. Hoping for no delays this time around.
View on Instagram |
1/8 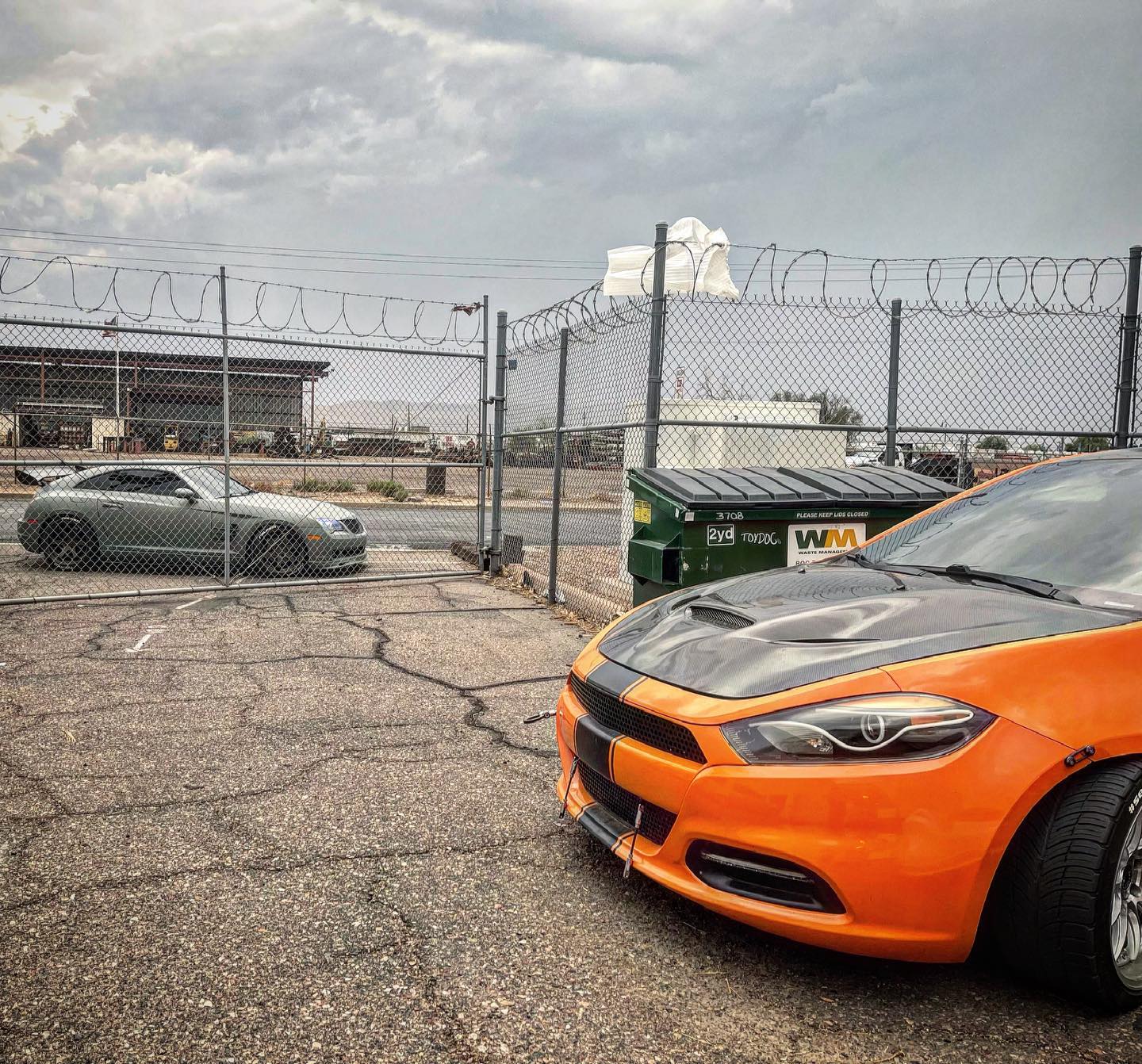 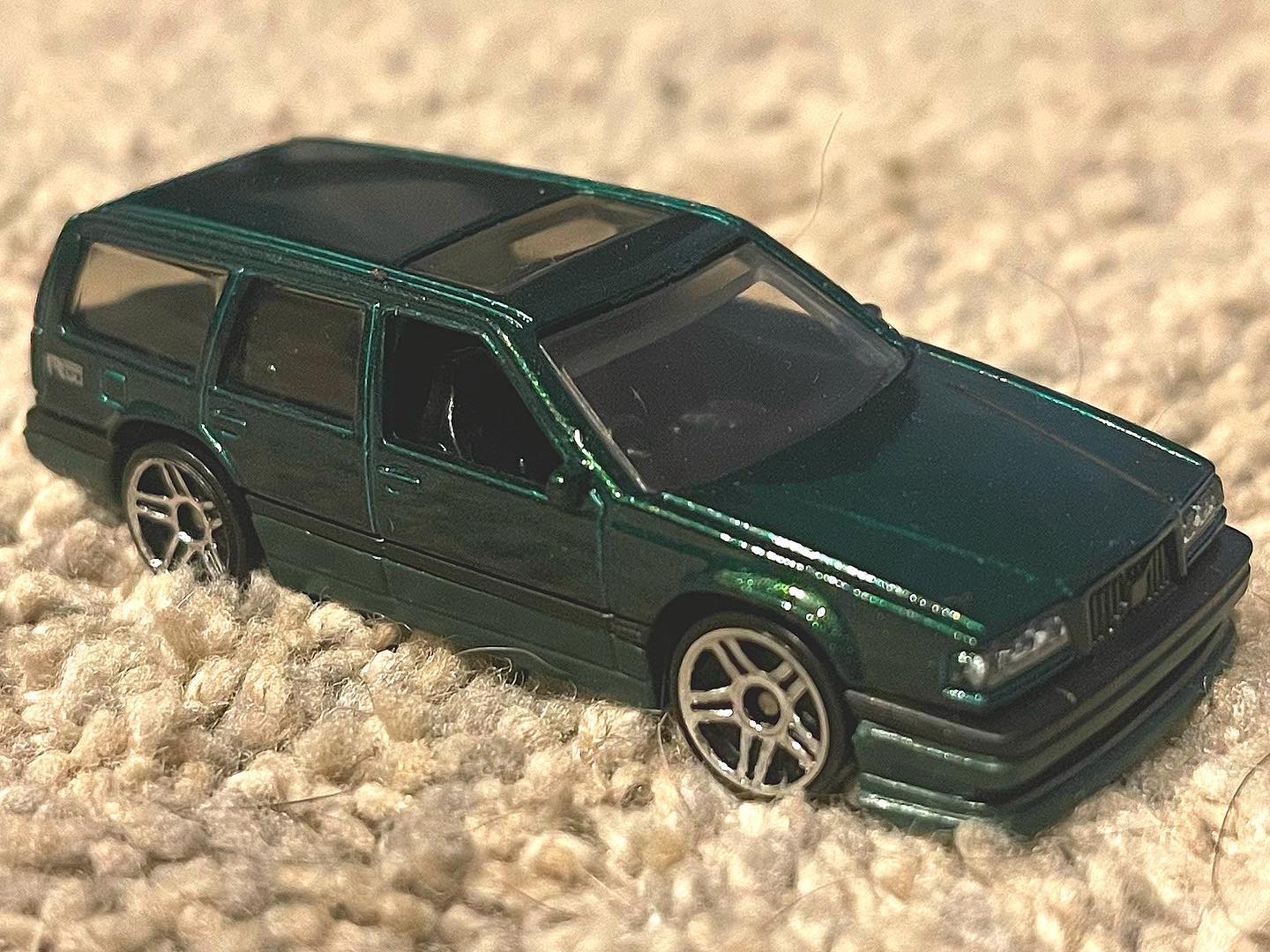 dartlene_13
•
Follow
It’s not practical but I’m finding myself in love with this old Volvo L850. $1.43 well spent I guess. Need more money for this hobby on a larger scale.
View on Instagram |
3/8 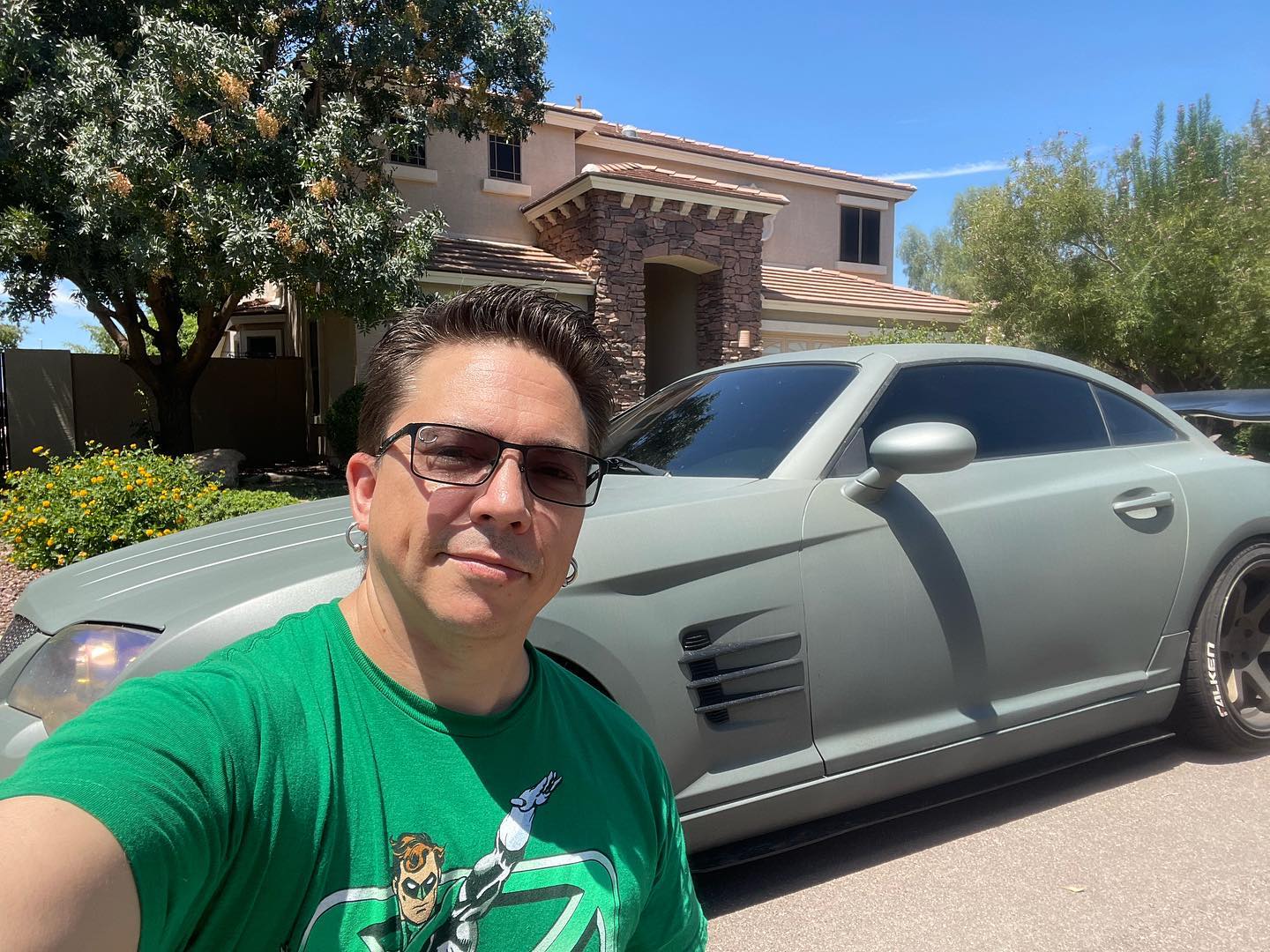 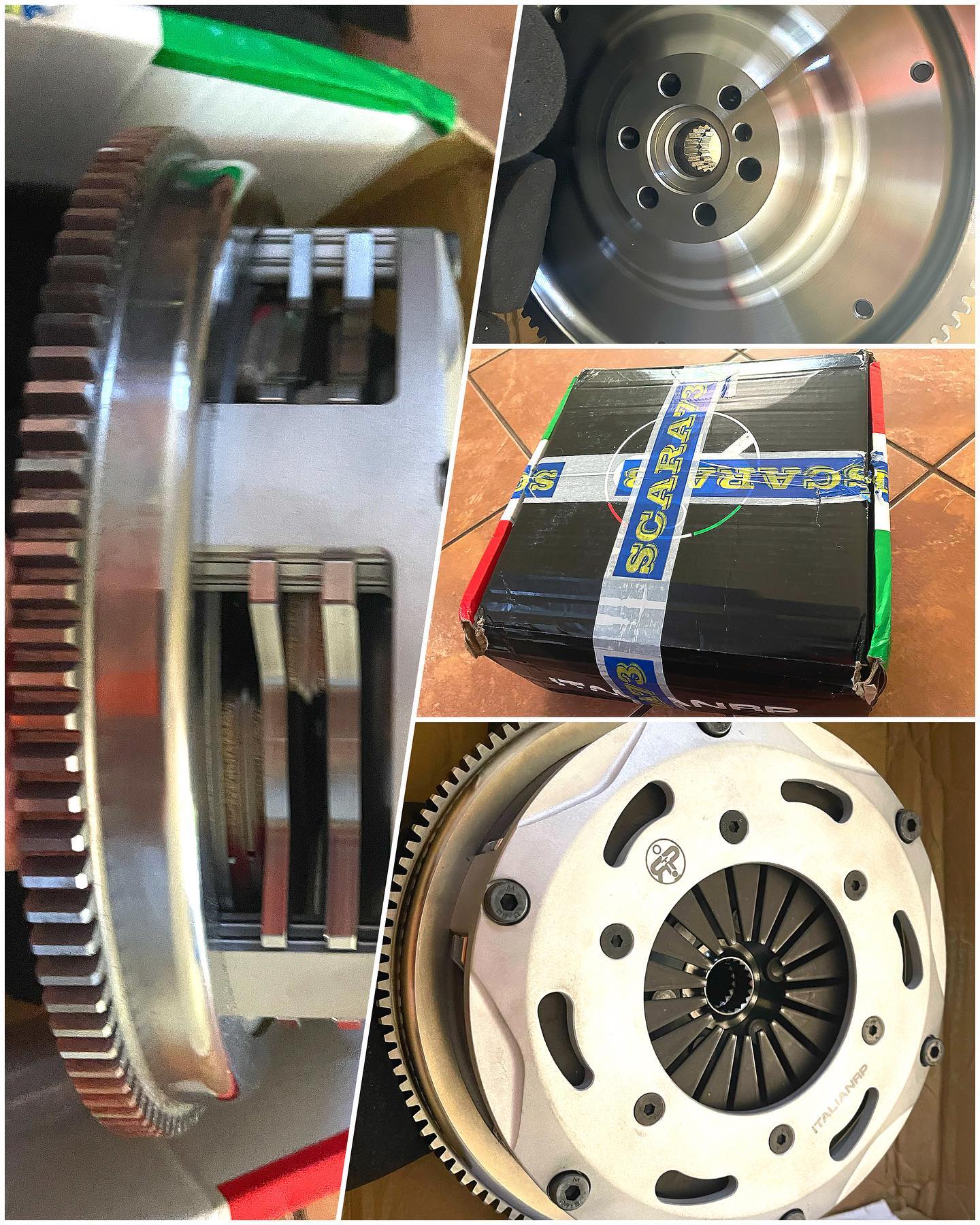 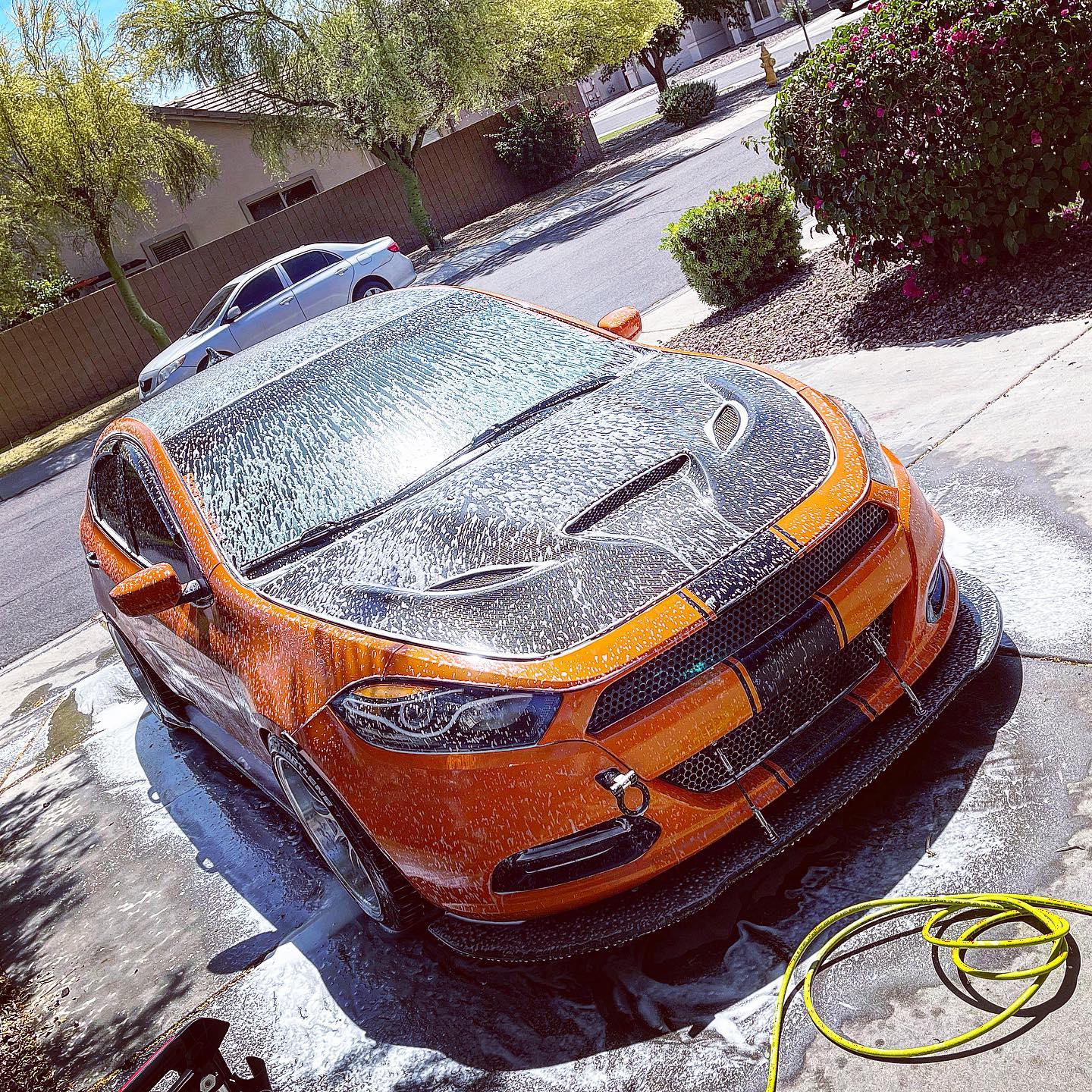 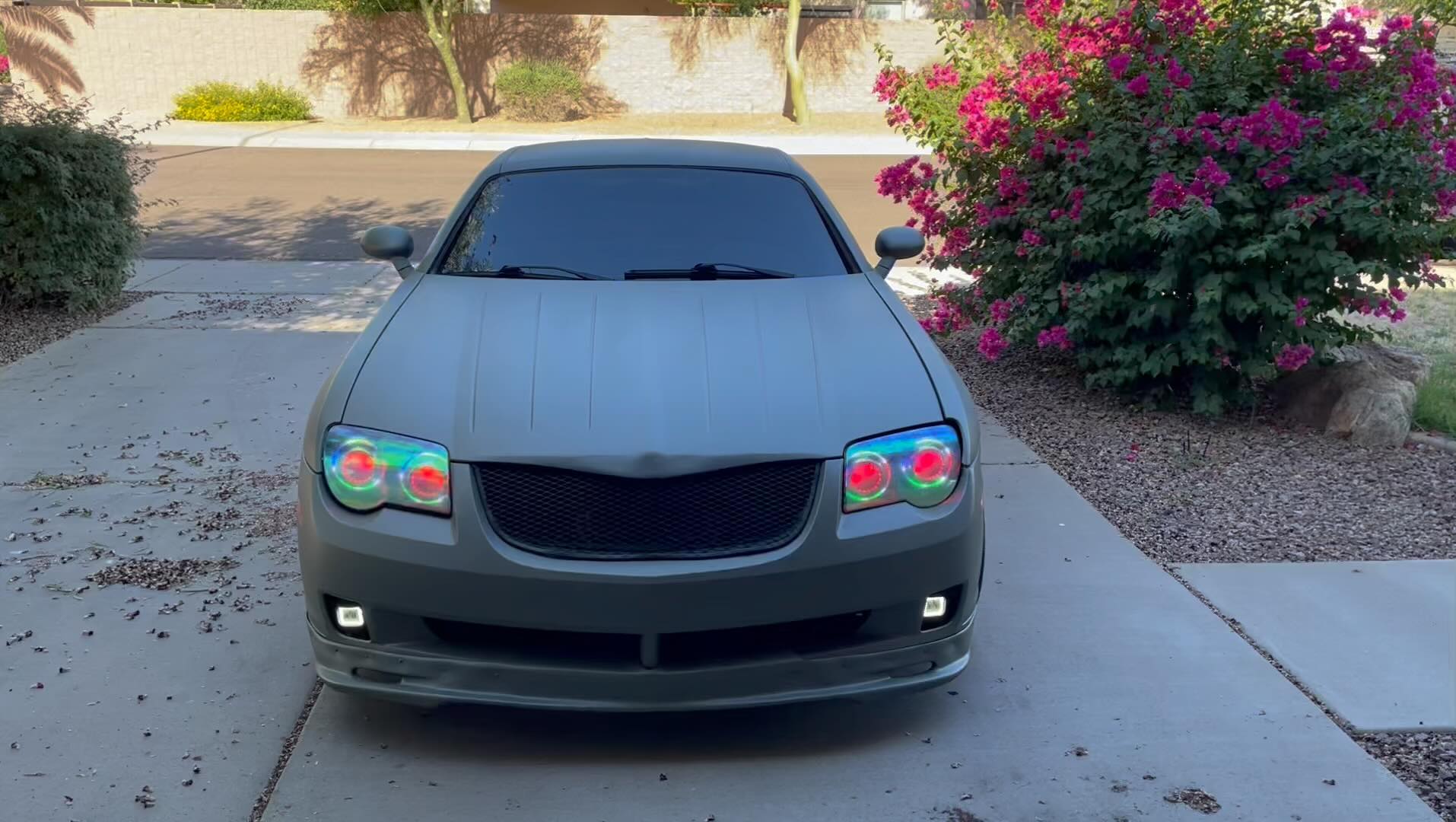 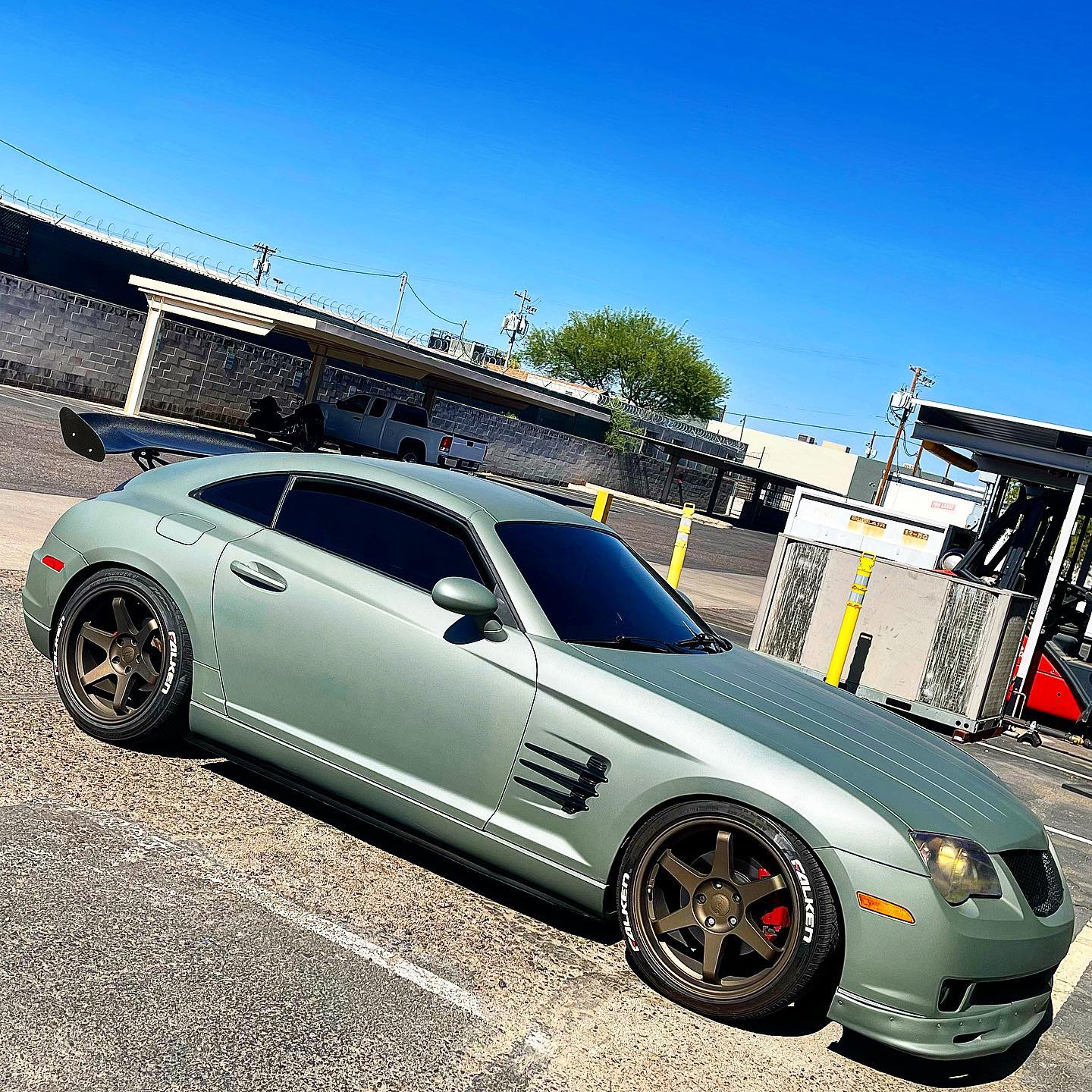 dartlene_13
•
Follow
I’m enjoying the green machine as decisions have to be made - not every choice we make is easy. #mopar #hulkgreen #dodgedart #clutchlife #toomuchpower #crossfire #lowered #esr
View on Instagram |
8/8
View on Instagram
Loading Comments...